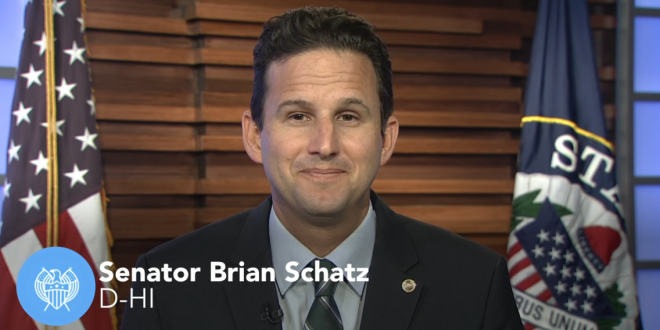 A group of Senate Democrats will introduce a constitutional amendment to abolish the Electoral College this week, the latest sign that idea is picking up mainstream support in the Democratic Party. The amendment is being led by Sen. Brian Schatz (D-Hawaii) and initially will be supported by Democratic Sens. Dick Durbin of Illinois, Dianne Feinstein of California and Kirsten Gillibrand of New York, who is running for president. It will be introduced on Tuesday, according to a person familiar with the plans.

Schatz’s proposal comes on the heels of a separate bill, introduced by Sen. Jeff Merkley (D-OR), that would also abolish the Electoral College as part of a larger package of election reforms. Though those efforts are not currently being merged, they do reflect a growing appetite within the Democratic Party to change the fundamental structure of America’s electoral system. President Donald Trump was the second candidate in 16 years to win the White House despite losing the popular vote.

Coming soon: Brian Schatz and a group of other senators will introduce a constitutional amendment to abolish the Electoral College, per spox.

Not going to become law anytime soon, but will boost this issue and help ensure it stays in convo.