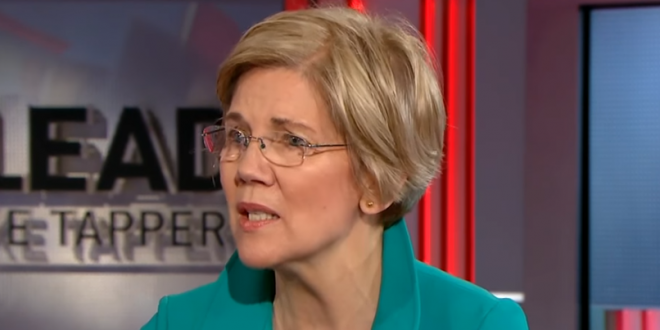 Sen. Elizabeth Warren raised $6 million in the first three months of the year, landing her in the middle of the pack of 2020 candidates and highlighting the difficulty ahead competing for money against more prolific fundraisers like Bernie Sanders and Beto O’Rourke.

The Massachusetts Democrat also burned through more than 85 percent of what she raised in the first quarter.

Presidential candidate Sen. Elizabeth Warren, D-Mass., released her 2018 tax returns on Wednesday, revealing an income of nearly $1 million last year between her and her husband, Bruce.

Warren, a consumer advocate who has made combating corruption one of her signature policy priorities, used the release of her returns to champion a sweeping anti-corruption bill she introduced in the Senate that requires the IRS to release eight years of returns filed by candidates for president and vice president.