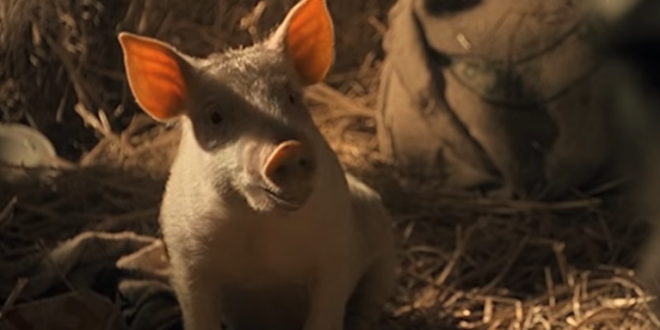 In a study that raises profound questions about the line between life and death, researchers have restored some cellular activity to brains removed from slaughtered pigs.

The brains did not regain anything resembling consciousness: There were no signs indicating coordinated electrical signaling, necessary for higher functions like awareness and intelligence.

But in an experimental treatment, blood vessels in the pigs’ brains began functioning, flowing with a blood substitute, and certain brain cells regained metabolic activity, even responding to drugs. When the researchers tested slices of treated brain tissue, they discovered electrical activity in some neurons.

The implications of this study have staggered ethicists, as they contemplate how this research should move forward and how it fits into the current understanding of what separates the living from the dead. “It was mind-blowing,” says Nita Farahany, who studies the ethics of emerging technologies at Duke Law School.

“My initial reaction was pretty shocked. It’s a groundbreaking discovery, but it also really fundamentally changes a lot of what the existing beliefs are in neuroscience about the irreversible loss of brain function once there is deprivation of oxygen to the brain.”

The pig brains came from the pork industry; the animals were not raised in a lab for this experiment. But the Yale scientists were so concerned the pigs might become conscious that they gave drugs to the disembodied brains to reduce any brain activity. And the team were constantly monitoring the brains to see if there was any sign of higher brain functions.

In that case they would have used anaesthetic and ended the experiment. Ethicists, writing in Nature, say new guidelines are needed for this field because animals used for research could end up in a “grey area – not alive, but not completely dead”. The immediate benefit of this work will be for scientists studying the brain in diseases like Alzheimer’s.

Scientists restore some function in pig brains four hours after death in research that could lead to stroke treatments https://t.co/5sA89zLd3Z

NEW: Scientists restored circulation to severed pig brains in a step that blurs the definition of death. https://t.co/NZ31gNofbk pic.twitter.com/w0cJLYz8rX

The pig’s brains, partly revived, were neither alive nor conscious, but they still raise ethical dilemmas that society isn’t yet ready for, writes @edyong209: https://t.co/ODtdKheAJ3