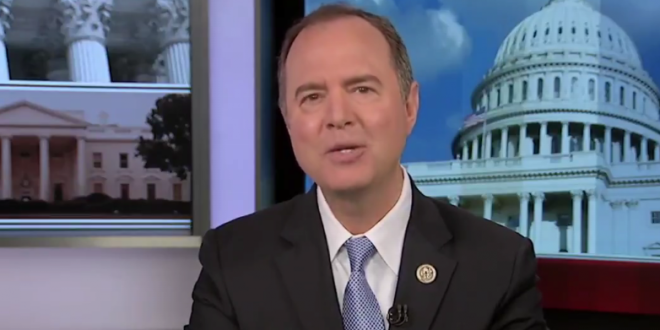 Schiff: Testimony From Mueller Himself Is “Inevitable”

House Intelligence Committee Chairman Adam Schiff told MSNBC on Wednesday that he believed it was inevitable that special counsel Robert Mueller would have to testify before Congress.

As the battle over the release of the report of Mueller’s 22-month investigation rages on, Schiff said the Democratic Party would want to hear conclusions from the head of the Russia investigation himself.

“In the intel committee, we have a statutory requirement that the intelligence community, FBI, brief us on any significant counterintelligence or intelligence activity. And it’s hard to imagine something that rises more to that level than this investigation,” Schiff said.

“I think it’s inevitable Bob Mueller is going to have to testify before Congress. I would think that he will probably be needed before more than one committee.” — @RepAdamSchiff pic.twitter.com/VJK4XqFiJA