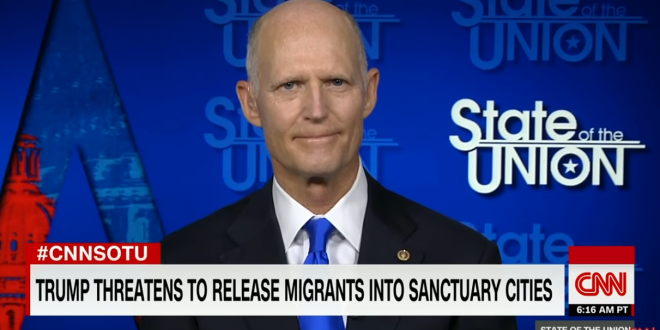 Rick Scott: Trump Is Threatening To Dump Migrants To “Make Everybody Crazy” And Get Attention [VIDEO]

Speaking to CNN’s “State of the Union,” Scott said he did not know if transporting immigrants to these jurisdictions was legal or illegal, and he suggested the president could be bluffing: “I mean maybe he’s just saying this to make everybody crazy, make everybody talk about it on their shows.”

Scott, a former Florida governor who was elected to the U.S. Senate in November, has generally kept his distance from Trump and criticized him in the past over immigration policies and other issues.