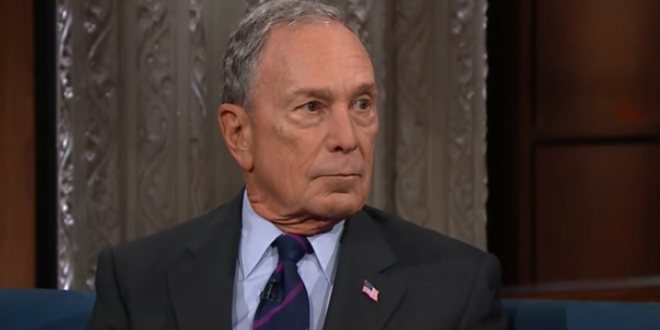 Michael Bloomberg might still run for president in 2020, especially if former Vice President Joe Biden winds up not getting in, according to people who have discussed the matter with the former New York mayor. These people tell me that Bloomberg, 77, who announced March 5 that he wouldn’t run, might reconsider if a centrist lane were to open up. The most likely scenario for that would be if Biden, 76, whose displays of public affection have burst into a major issue, were to stay out or fade fast.

Previous Trump Melts Down Over Disaster Relief For Puerto Rico
Next Tucker Carlson Ridicules MSNBC’s Chris Hayes: He’s What Every Man Would Be If Feminists Achieved Power