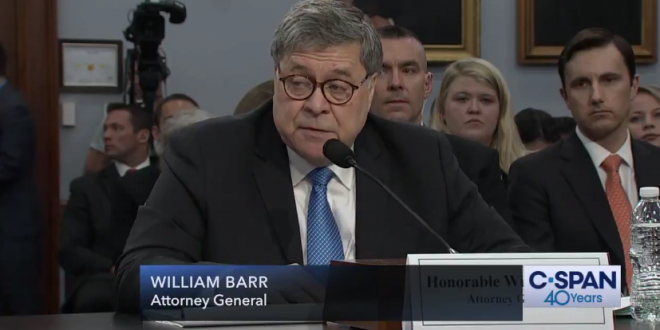 Redacted Mueller Report To Be Made Public Thursday

Special counsel Robert Mueller’s redacted report on the Russia investigation and President Donald Trump will be made public on Thursday morning, the Justice Department said Monday.

Washington has been waiting for the release of the report, which has put Attorney General William Barr at loggerheads with congressional Democrats who have demanded the entire, unredacted document since Mueller recently concluded his nearly two-year investigation.

Six House Democratic committee chairs sent a letter to Barr last month requesting that he submit the full report be delivered to Congress by April 2. Barr missed that deadline.