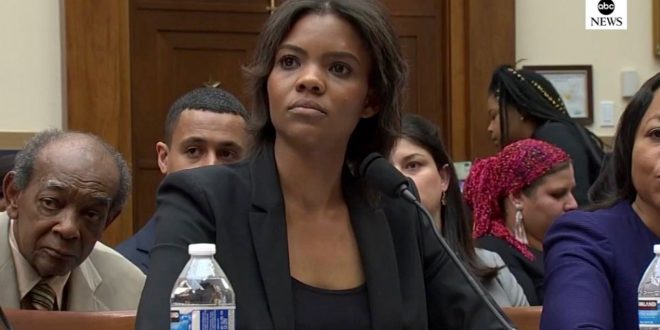 A clip of a confrontation between conservative activist Candace Owens and Rep. Ted Lieu (D-Calif.) has become the most-viewed C-SPAN Twitter video from a House hearing ever, according to C-SPAN.

During the exchange, Lieu questioned the appropriateness of Owens’s presence at the hearing, playing a clip of her from December discussing the difference between “nationalism” and “globalism” using Adolf Hitler as an example.

“If Hitler just wanted to make Germany great and have things run well — OK, fine,” she said, and suggested that the Nazi leader erred in trying to expand beyond Germany. Owens responded by accusing Lieu of believing “that black people are stupid” and accusing him of not playing the “full clip.”

In less than 24 hours, this video is the most watched C-SPAN Twitter video from a House hearing (4.47 million views).

It is not the most watched C-SPAN video from a House hearing ever. It needs another 5 million views to get there —> https://t.co/HCB8Mecfw3 https://t.co/i4LYuQQK2H