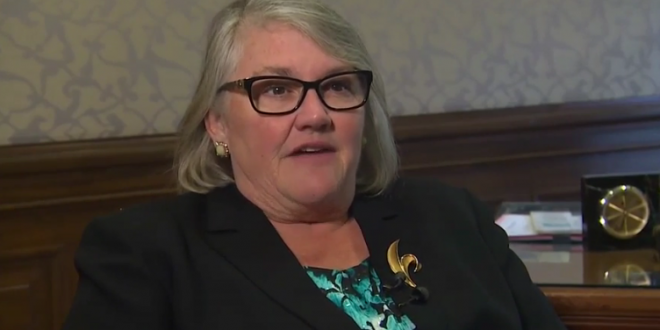 Walsh said last week, “I would submit to you those nurses probably do get breaks. They probably play cards for a considerable amount of the day.” The playing cards arrived after an apparent open letter to Walsh circulated on social media. The letter included a photo of Walsh with her mailing address saying “send me a deck of cards!”

Walsh claims her remarks were “taken out of context by Democrats” but she has agreed to shadow a local nurse during her shift.

Along with 1000s of emails/phone calls, Washington State Sen. Maureen Walsh, R-Walla Walla, who said nurses “probably play cards” much of the day has received 100s of decks of playing cards. #waleg pic.twitter.com/wpHG3fbUUH

Nurses at the nurses station when Senator Maureen Walsh shows up pic.twitter.com/M8dJsc31Xg

Previous Cohen Disavows Some Charges He Pleaded Guilty To In Call Secretly Recorded By Actor Tom Arnold [AUDIO]
Next Trump: “We’re Fighting All The Subpoenas” [VIDEO]