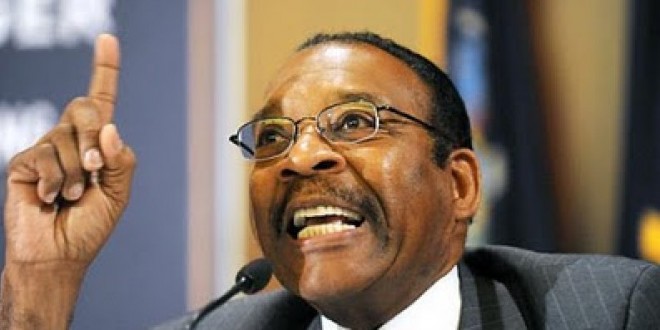 The city councilman who recently drew fire for his inflammatory remarks about gay people says he will run for Congress to give conservatives and moderates a voice in Washington.

Councilman Ruben Diaz Sr. said he will run to replace U.S. Rep. Jose Serrano, who is not seeking re-election in 2020. The Bronx Democrat — who drew widespread criticism for saying the “homosexual community” controls most Council members — filed a form Wednesday establishing a federal campaign committee.

He said he will formally announce his candidacy on Saturday. “I am the opposite of AOC in the South Bronx,” Diaz said in a Friday phone interview, referring to the progressive U.S. Rep. Alexandria Ocasio-Cortez, who represents parts of The Bronx and Queens.

On April 4, a source recalled a clergy meeting a week earlier, claiming, “He (Diaz, Sr.) had a meeting with all the Spanish pastor and he announced he’s planning on running for Congress instead of dealing with the City Council’s crap.” Diaz has so far come under fire by many of his City Council colleagues, for his writings in a monthly newsletter and his recent anti gay statements.

RELATED: As longtime JMG readers will recall, during New York state’s battle for same-sex marriage I reported on then state Sen. Rubin Diaz many, many times for his near-daily vicious attacks on LGBT rights. Diaz partnered with NOM for multiple anti-LGBT marches through the streets of New York City (my video below), marches that were attended by thousands of Hispanic evangelicals thanks to Diaz’s partnership with a local Spanish-language Christian radio station. Diaz also boasted that he sent 100 buses of supporters to one of NOM’s hate marches in Washington DC. Diaz is fond of comparing homosexuality to bestiality and at his 2011 hate march in the Bronx, one of his speakers, a local preacher, declared that gays are “worthy of death.”