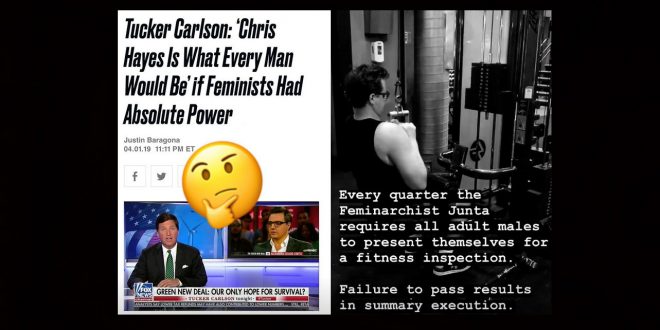 Last night Fox News host Tucker Carlson ridiculed MSNBC’s Chris Hayes as a “bespectacled” example of what all men would look like if “feminists ever achieved power.”

Carlson included a reference to the Ellen DeGeneres show just in case his viewers didn’t catch that he was being homophobic without any outright slurs.

Carlson’s message was received with delight in Trump World, where the usual “effeminate soyboy” taunts flowed.

This afternoon Hayes responded with a two-part entry on his Instagram stories page, the second of which is a workout video overlaid with the below message. 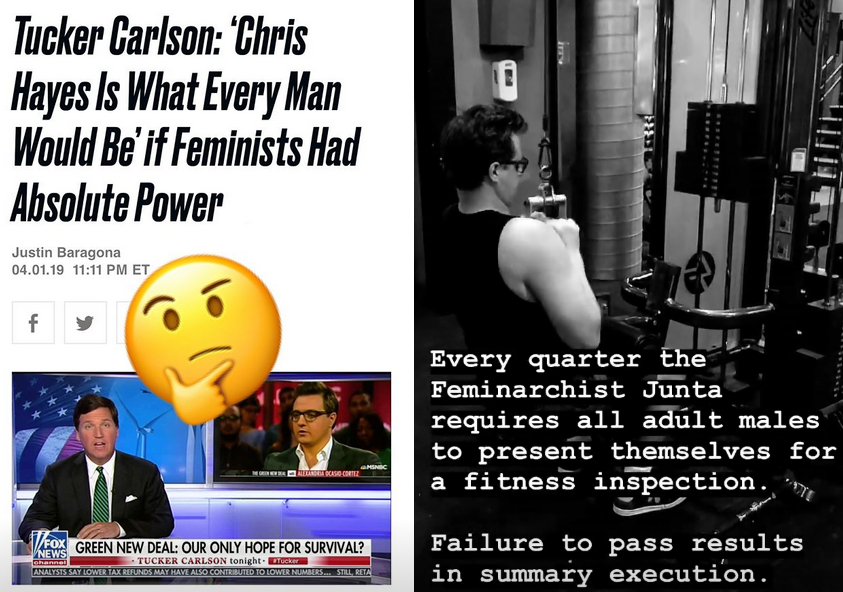