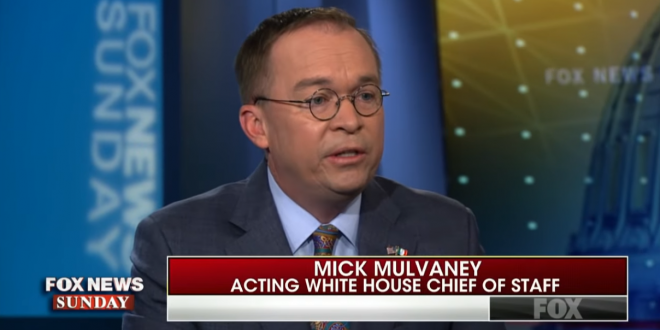 “Nor should they. That’s an issue that was already litigated during the election. Voters knew the president could have given his tax returns. They knew that he didn’t and they elected him anyway,” Mulvaney said during an appearance on “Fox News Sunday.”

He added that Democrats “know they’re not going to” get the tax returns. “They just want attention on the issue because they don’t want to talk to us about policy,” he said.

Mulvaney says House Dems will “never” get Trump tax returns. “That’s an issue that was already litigated during the election,” he said on Fox