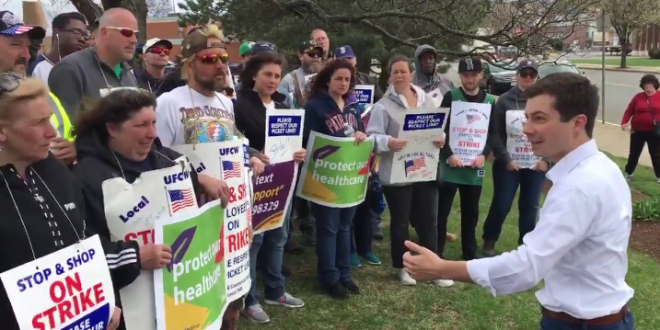 “This largest private sector labor action strike in three years is sending a message that is going to ripple out far beyond New England. And the message is that companies have to do right by their workers,” Buttigieg said. His visit comes a day after former Vice President Joe Biden spoke to the union employees in Dorchester.

“When you talk to the workers, this is not about them making a really aggressive ask and being beaten back. This is about a sense of erosion, a sense of being chipped away at in terms of benefits that they have counted on for their lives,” Buttigieg said.