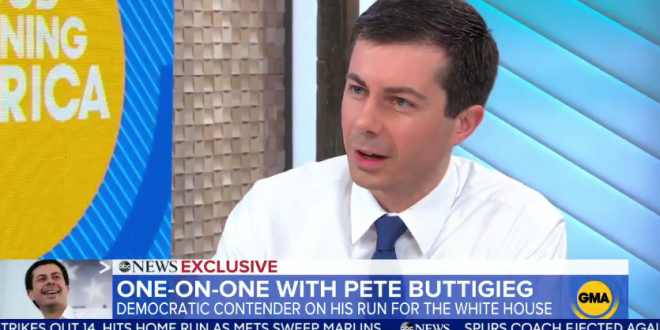 Pete Buttigieg, the youthful mayor of South Bend, Indiana, whose presidential exploratory committee has attracted a surge of interest in recent weeks coinciding with a steady rise in the polls, defended his past criticisms of President Donald Trump and Vice President Mike Pence during an appearance on ABC’s “Good Morning America” Thursday, while pushing back on Republican efforts to label recent Democratic proposals as ‘socialist.’

“The president is adopting a tactic that takes us back to the darkest days of the ’50s when you could use the word ‘socialist’ to kill somebody’s career, or to kill an idea, but that trick has been tried so many times that I think it’s losing all meaning,” he said, pointing to the right-wing origins of the Affordable Care Act, popularly known as Obamacare, of an example of a proposal on which the GOP flipped.

.@PeteButtigieg tells @GStephanopoulos, “we need real solutions for profound changes in our society, in our politics and in our economy.” https://t.co/Uqinju1I4w pic.twitter.com/hLC4MabTwV