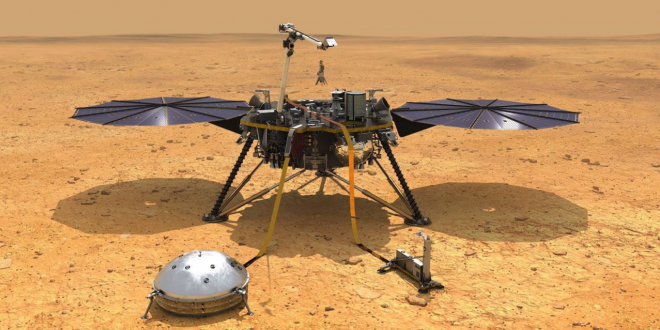 Scientists just felt the Red Planet move under their feet — robotically from millions of miles away, on the stark surface of Mars.

On April 6, NASA’s InSight lander sensed its first confirmed marsquake, a phenomenon scientists suspected, but couldn’t confirm, occurred on the neighboring planet. Measuring the Martian equivalent of earthquakes, seismic waves traveling through the interior of the planet, was among the lander’s key science goals.

“We’ve been waiting months for our first marsquake,” Philippe Lognonné, the principal investigator for the seismometer instrument, said in a statement released by the French space agency, which runs the instrument with the national research center. “It’s so exciting to finally have proof that Mars is still seismically active.”

The sound of the Marsquake picket up by the seismometer of NASA’s JPL InSight lander, it’s so eerie to imagine what it’s like to be all alone on the red planet #mars #space #NASA #InSight pic.twitter.com/HBdVpbWkk3

Previous Trump Boasts Of “Great Meeting” With Twitter CEO Hours After Whining About “Discriminatory” Treatment
Next Pelosi: We’re Not There Yet On Impeachment [VIDEO]