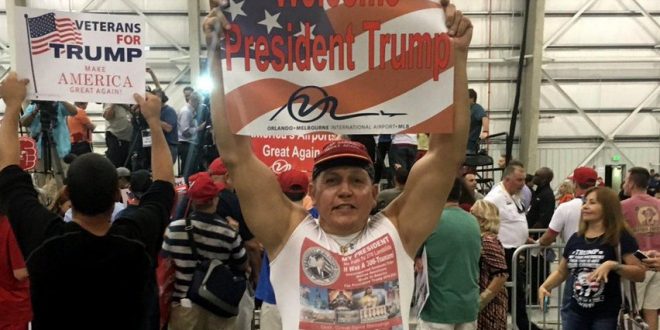 The Florida man who pleaded guilty to mailing explosive devices said in a letter to a federal judge that attending a rally for President Donald Trump “became like a newfound drug.”

In the handwritten letter filed Tuesday in the US District Court for the Southern District of New York, he told a judge that “the first thing you here (sic) entering Trump rally is we are not going to take it anymore, the forgotten ones, etc.”

At those events, he said, he came into contact with all kinds of people. “You met people from all walks life … color etc,” he wrote. “It was fun, it became like a new found drug.” He also wrote that Trump’s self-help CDs reprogrammed his mind.

Sayoc faces life in prison at his September sentencing.