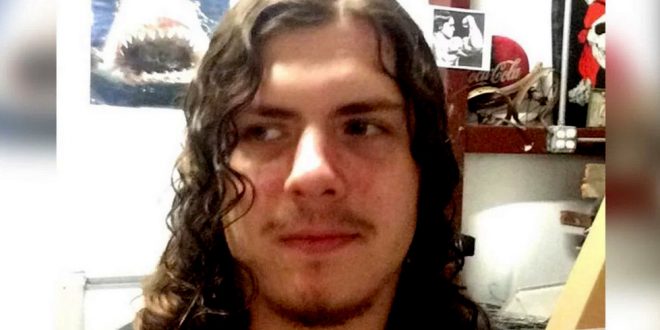 KATC has confirmed with multiple law enforcement sources that one person is in custody in the recent church fires in St. Landry Parish. Sources confirm the suspect in the church arsons is Holden Matthews, 21. He is the son of a St. Landry Parish Deputy.

He was booked at around 5:30 this evening into the St. Landry Parish jail. We’re told that the Louisiana State Fire Marshal’s Office will be holding a press conference tomorrow at 10:00 a.m. Governor John Bel Edwards is expected to be there along with officials from St. Landry Parish, The FBI, and ATF.

On a Facebook page that appears to belong to Matthews, he was active in black metal and pagan pages. Although both scenes are predominately apolitical, both have large neo-Nazi fanbases. Matthews commented on two memes about Varg Vikernes, a far-right (and self-described former neo-Nazi) metal musician who served 15 years in prison for burning churches in Norway and killing a fellow metal musician.

Vikernes, a practitioner of pagan beliefs, described the arsons as having been “revenge” for Christian actions against pagan Viking graves. Vikernes has been cited by other far-right killers. Norwegian white supremacist Anders Breivik sent Vikernes a copy of his manifesto before going on to kill 77 people. Atomwaffen Division, a U.S.-based neo-Nazi group with multiple murders to its name, has cited Vikernes books on paganism on their website.

Previous Carlson: Calling Out White Nationalism Is A Racist Ploy By Democrats And Exactly How You Destroy A Country
Next Steve Bannon: If Trump Is Reelected He’ll Be Off The Chain, You’ll Get Four Years Of Him In “Payback Mode”