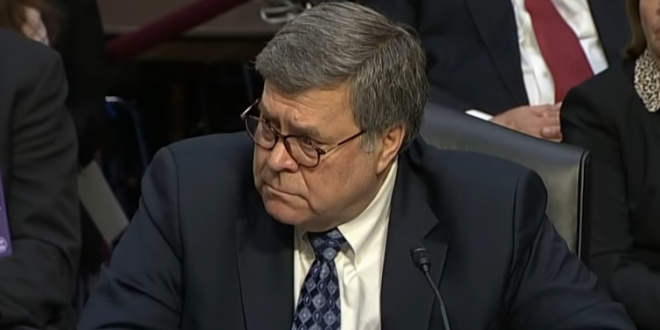 Attorney General William Barr is returning to Capitol Hill for a second time this week as lawmakers, the White House and the American public anxiously await his release of special counsel Robert Mueller’s Russia report. Barr will speak to a Senate appropriations subcommittee Wednesday, the second of two days of hearings about his department’s budget.

Like members of the House on Tuesday, senators are expected to be more interested in the nearly 400-page document than the budget details. Barr told the House lawmakers that he expects to release a redacted version “within a week.”

Justice Department officials are scouring the report to remove grand jury information and details relating to pending investigations, among other materials. Democrats have escalated criticism over Barr’s handling of the document and say they will not accept any redactions.