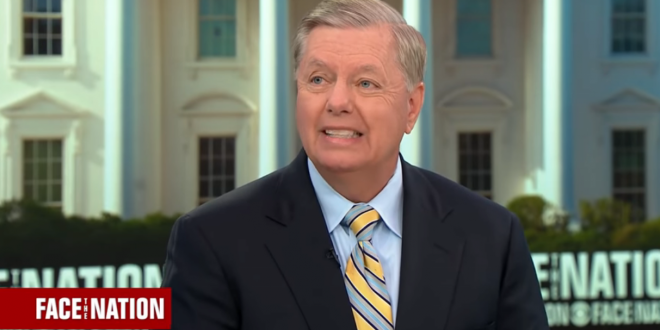 “I don’t care what they talked about. He didn’t do anything. The point is the president did not impede Mueller from doing his investigation,” Graham said Sunday on CBS’s “Face the Nation” when host Margaret Brennan noted that, according to the special counsel’s report, Trump in 2017 ordered McGahn to fire Mueller.

“I don’t care what happened between him and Don McGahn,” Graham continued. “Here’s what I care about: Was Mueller allowed to do his job? And the answer is yes.”

A reminder from Andrew Napolitano:

.@LindseyGrahamSC says he won’t call Don McGahn to testify before Senate Judiciary. “It’s over for me. He [Pres. Trump] didn’t collude with the Russians. Obstruction of justice in this situation is absurd.” pic.twitter.com/VjfHpoRl81

When asked who he believes, Mueller report or Pres. Trump, regarding Don McGahn, @LindseyGrahamSC said: “It’s just all theater. It doesn’t matter. I don’t care what he said to Don McGahn. It’s what he did. And the president never obstructed.”