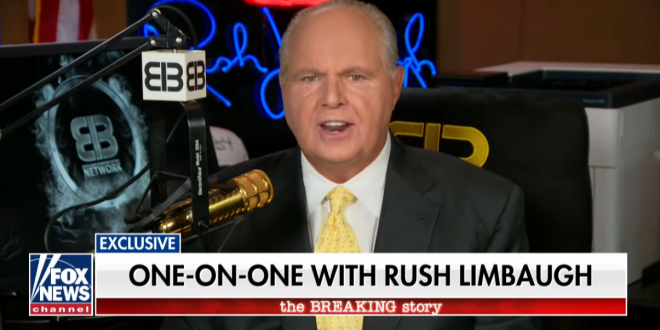 Limbaugh On Fox: Hillary Needs To Be In Jail [VIDEO]

“Hillary Clinton needs to be investigated, she needs to be indicted, and she needs to be in jail, and any of her co-conspirators in this whole sordid affair, which amounted to nothing more than a silent coup to overturn the election results of 2016 — you talk about sour grapes. This is a woman who has been rejected by the American people twice, rejected by her party in 2008, she had to rig the primaries against crazy Bernie in 2016 to get the nomination. She is the last person who ought to be listened to about what ought to happen to Donald Trump.” – Rush Limbaugh, last night on Fox News.