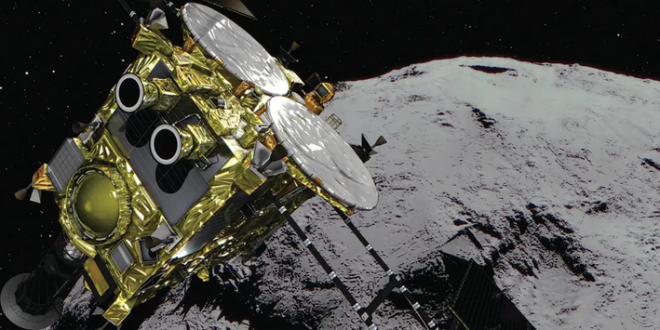 Japan’s space agency said an explosive dropped Friday from its Hayabusa 2 spacecraft successfully blasted the surface of an asteroid for the first time to form a crater and pave the way for the collection of underground samples for possible clues to the origin of the solar system.

Friday’s mission was the riskiest for Hayabusa 2 because it had to immediately move away so it wouldn’t get hit by flying shards from the blast.

The Japan Aerospace Exploration Agency, or JAXA, said Hayabusa 2 dropped a small explosive box which sent a copper ball the size of a baseball slamming into the asteroid, and that data confirmed the spacecraft had safely evacuated and remained intact.