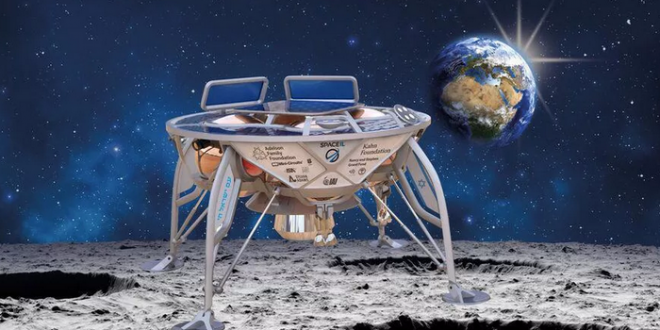 The first privately funded mission to the Moon has crashed on the lunar surface after the apparent failure of its main engine. The Israeli spacecraft – called Beresheet – attempted a soft landing, but had several technical and communication problems.

The aim of the mission was to take pictures and conduct experiments. Only government space agencies from the former Soviet Union, the US and China have achieved moon landings.

The mission has cost about $100 million and has paved the way for future low-cost lunar exploration. Beresheet, which is Hebrew for “in the beginning”, was a joint project between SpaceIL, a privately funded Israeli non-profit organisation, and Israel Aerospace Industries.

The Israeli-built lunar lander sent a selfie home to Earth from above the moon’s surface. Minutes later, the Beresheet mission’s managers lost contact with the spacecraft following engine troubles, a sign that it had crashed https://t.co/sunj4kk1cj

Israel says its unmanned spacecraft just crash-landed on the moon, which is exactly what you’d *expect* someone to say if they are concealing a supply run to the secret Mossad lunar base.

“If you don’t succeed at first, you try again,” says PM Netanyahu as Israel’s first spacecraft fails to land on moon. https://t.co/4uzfXnJJzR