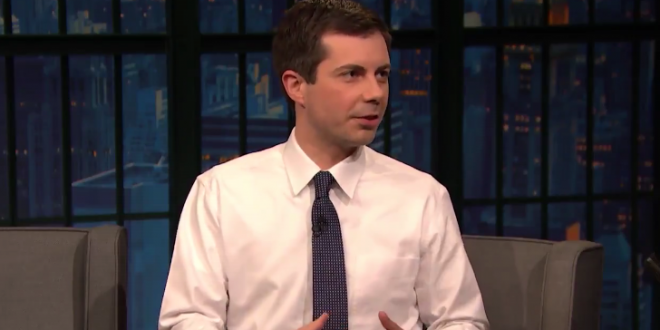 Democratic presidential candidate Pete Buttigieg may have a leg up on his competition in 2020. In South Bend, Indiana, Buttigieg is nearly universally known and nearly everyone seems to have a “Mayor Pete” story.

Katie Kowals, an intake nurse at the city’s Memorial Hospital, said her brother-in-law knows Buttitgieg well, but added, “He was exactly as he is now.”

Previous Gillibrand Parties With Drag Queens At Iowa Gay Bar
Next US To Deny Citizenship For Immigrants That Have Ties To Marijuana Industry, Even In States Where It’s Legal