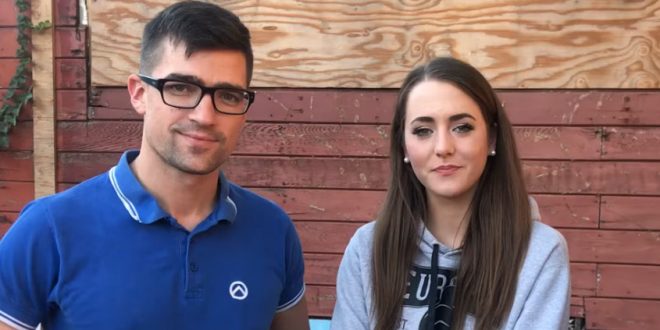 The Kootenai County Republican Central Committee unanimously passed a resolution Thursday urging the federal government to reinstate travel privileges for a leader of an Austrian nationalist movement who planned to marry his fiancée, an alt-right YouTube pundit, in Idaho this summer.

Martin Sellner, a leader of Generation Identity who campaigns against Islam and mass immigration, said last month that U.S. authorities had canceled his Electronic System for Travel Authorization, a waiver that allows citizens of some countries to enter the United States for brief periods without a visa. That followed a raid in which Austrian authorities seized electronic devices belonging to Sellner and his American fiancée, Brittany Pettibone, who lives in Post Falls but was visiting Sellner at the time.

Sellner was under investigation for ties to the suspected gunman in last month’s mosque shootings in Christchurch, New Zealand, that killed 50 people. The suspect, Brenton Tarrant, donated 1,500 euro (nearly $1,700) to Sellner last year.