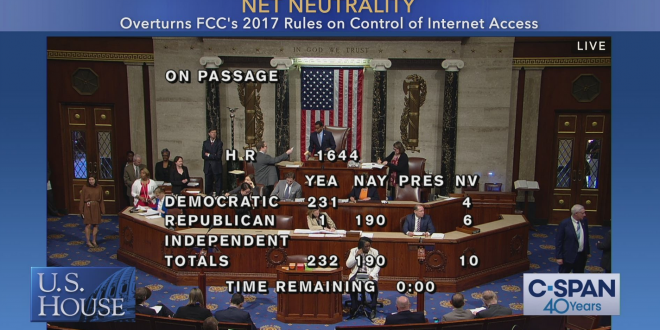 Senate Majority Leader Mitch McConnell has already declared the Democratic net neutrality bill, which passed the House on Wednesday, “dead on arrival” in the upper chamber.

Democrats likely never gave their legislation, sponsored by Democratic Pennsylvania Rep. Mike Doyle, much of a chance of advancing beyond the House.

But while Republicans have spent weeks shaping their message opposing it — Rep. Tom Cole of Oklahoma has declared it a “Democratic takeover of the internet” — Democrats are confident they’ll be able to use it to skewer vulnerable GOP candidates next November.

Glad to see my colleagues in the House stand for a free and open internet. I urge the @SenateMajLdr to call this up for a vote. #NetNeutrality https://t.co/imWyS6Fc7t