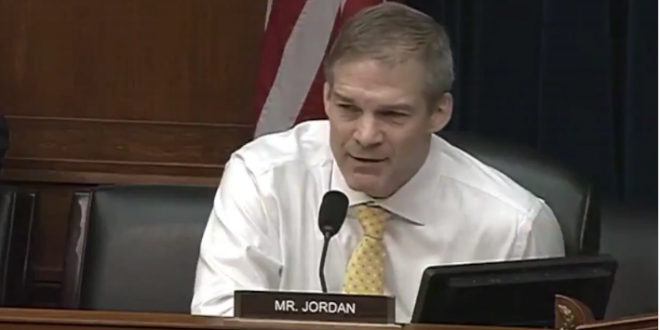 Complaints from House Oversight ranking member Jim Jordan regarding the politicization of the committee were met on Tuesday with derision from Democrats on the panel.

Jordan, an Ohio Republican, ripped his Democratic colleagues during a meeting to discuss subpoenaing a former White House aide over the Trump administration’s security clearance policies.

“I’ve been on this committee for ten years, and I’ve never seen anything like this,” Jordan said to murmurs and outbursts of laughter from the Democratic side of the hearing room. “Oh please,” a member off camera could be heard saying. “I haven’t,” Jordan continued. “You’ve done it,” the other member replied.

Elijah Cummings slapping the bullsh** right out of Jim Jordan’s mouth is so satisfying after the last ten years in the House, I could eat it up three meals a day. https://t.co/IPAb82h8a7

Watch GOP Rep Jim Jordan get laughed at by Democrats while ranting about how no one should investigate Trump. pic.twitter.com/rlsLduzj1V