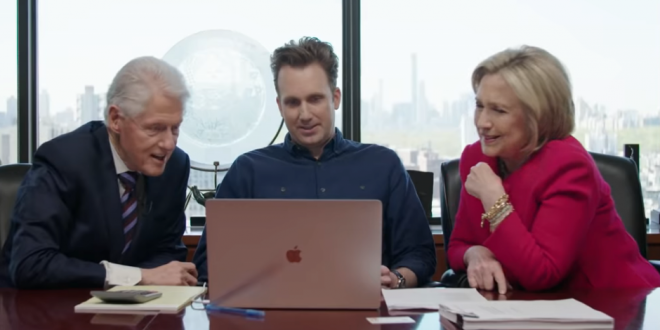 Hillary Clinton and her husband, Bill Clinton, were featured in a video with Comedy Central’s Jordan Klepper during which Hillary read from the Robert Mueller report.

Among other things, the former presidential candidate quoted a portion of the report, reading aloud: “The president slumped back in his chair and said, ‘Oh my god, this is terrible, this is the end of my presidency. I’m fucked.’”

The video was shown while the three attended a speaking event on Saturday in Washington, D.C. In the video, Klepper explained that for his new show he set out to help activist crowdfund across the country. So, he asked the Clintons to help find other worthwhile causes.