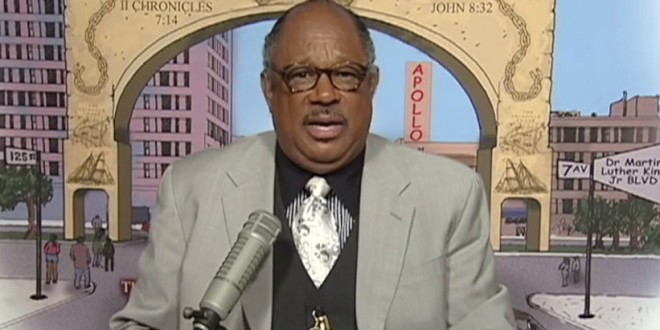 The Huffington Post has published a lengthy exposé of the school operated by infamous Harlem hate pastor James Manning. An excerpt:

Around the same time Manning was gaining notoriety for his dangerous rhetoric, he locked a teenage boy named Sharif Hassan in the church’s basement, according to Hassan and several other congregants and students from that time.

For three full school days in 2011, a church leader would take Hassan to the pitch-black basement in the morning, locking the door and leaving him there for eight hours.

Hassan, then 17 and a junior at Atlah High School, sat on a grimy bench in total darkness. His lungs filled with dirty air from the nearby boiler. Bugs and rodents crawled around him. Each passing minute felt heavy and lingering, and each hour felt like it dragged on for days.

There is SO much more at the link. Manning was banned from YouTube last year but according to the above-linked report, he’s resurfaced there recently and is currently claiming that Barack Obama and Jussie Smollett were lovers. The Ali Forney Center, not incidentally, is still waiting in the wings as Manning’s church continues its court battle over unpaid bills.