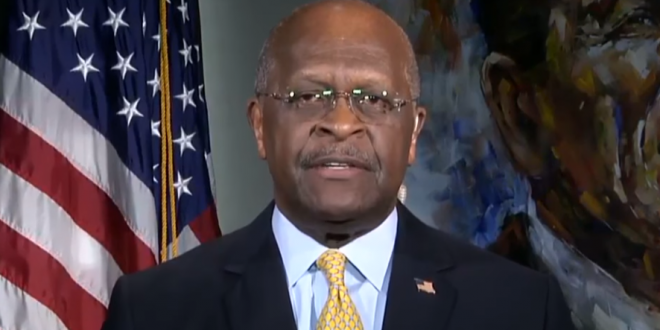 Herman Cain is in deep trouble. And he hasn’t even been formally nominated to the Federal Reserve yet.

Senate Republicans are warning the White House that the 2012 presidential candidate will face one of the most difficult confirmation fights of Donald Trump’s presidency and are making a behind-the-scenes play to get the president to back off, two GOP senators said.

“There are concerns that are being voiced to the administrations about qualifications,” said Sen. John Thune (R-S.D.), the Republican whip. “They’re probably going to hear from a number of our members about concerns that they have. Whether or not that gets them to make a course change or not, I don’t know.”