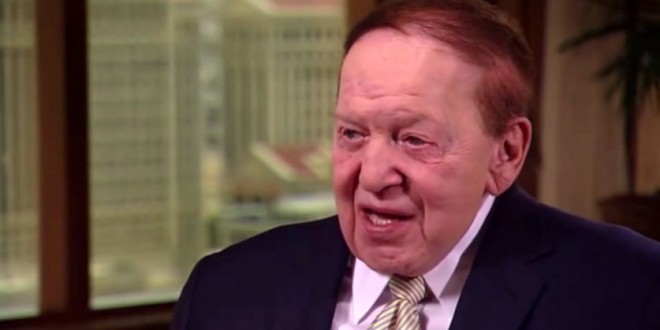 Republicans are planning a multimillion-dollar offensive aimed at fracturing the Democratic Party’s decades-long stranglehold on the Jewish vote. Spearheading the push is the Republican Jewish Coalition, which receives substantial funding from casino mogul and GOP mega-donor Sheldon Adelson.

On Friday morning, the group’s board members — many of them prominent Republican Party donors — gathered in a conference room at Adelson’s Venetian resort, where they were briefed on plans for a $10 million-plus blitz geared toward attracting Jewish support for President Donald Trump.

The investment, people familiar with the early discussions say, will far surpass what the group has spent in past presidential elections. Yesterday Trump met privately with Adelson and his wife, Miriam, who together gave over $120 million to Republican causes during the 2018 midterms.