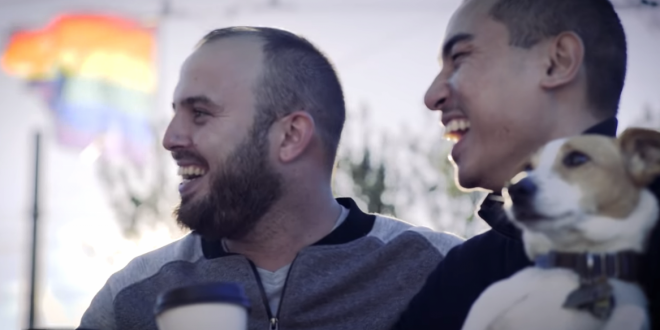 Former President Barack Obama lent his voice to a new Joe Biden campaign video that touts his former vice president as being “resilient, loyal, and a patriot.” The new ad, titled “America: Anything Is Possible,” features footage of the former president delivering a speech during Biden’s Presidential Medal of Freedom ceremony at the White House back in 2017. In it, he devotes his remarks to a glowing review of Biden’s storied political career.

To be clear, this isn’t new audio from Obama, who will likely make no endorsement until after the primaries. The fleeting image of the male couple with the rainbow flag in the background appears at 2:55 in the clip.