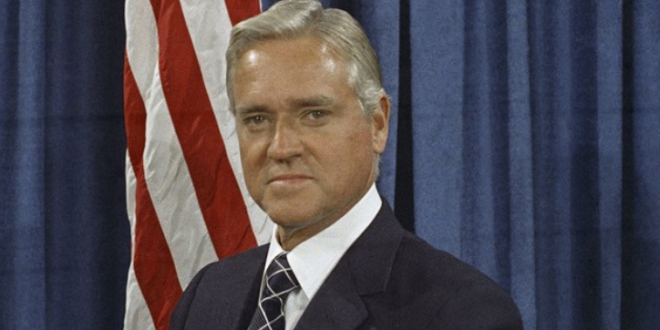 Ernest Frederick “Fritz” Hollings, the charismatic and quick-witted former U.S. senator and South Carolina governor who became one of the state’s most important national political figures, died early Saturday after a period of declining health. He was 97.

“Our father, Fritz Hollings, was dedicated to his family, the United States Senate and the people of South Carolina,” his three surviving children said in a statement. “He was a hero for us and millions of Americans.

He would serve in Washington, D.C., for nearly 40 years, all but two of which were as the “junior” senator from South Carolina to Republican Sen. Strom Thurmond. Hollings rose through the ranks of the Democratic leadership to become chairman of the powerful Commerce Committee. In 1984, he briefly ran for president of the United States, failing to gain much traction.

Ernest “Fritz” Hollings, who helped smooth integration in South Carolina before spending 38 years in the U.S. Senate as an advocate for impoverished Americans, has died https://t.co/jkPIXANoRK

Deeply saddened to hear of the passing of Fritz Hollings: a giant of the Senate, a hero of South Carolina and a beloved statesman of great courage and conviction. May it give his loved ones comfort that so many grieve with and pray for them at this sad time. https://t.co/3Hju2OD2xy

Then-DSCC Chair South Carolina Senator Fritz Hollings got Joe Biden elected to US Senate in 1972. “That was the start of a great, great, great friendship” Biden recounted while campaigning in SC in 2006 with Hollings. @cspan https://t.co/MOZg1a7Aa8 pic.twitter.com/wsVzpvymHd

One of South Carolina’s greatest lions roars no more. Fierce, bold, and robust – the sounds of Fritz Hollings’ vision and drive for the Palmetto State will continue to be heard by generations. (1/2)