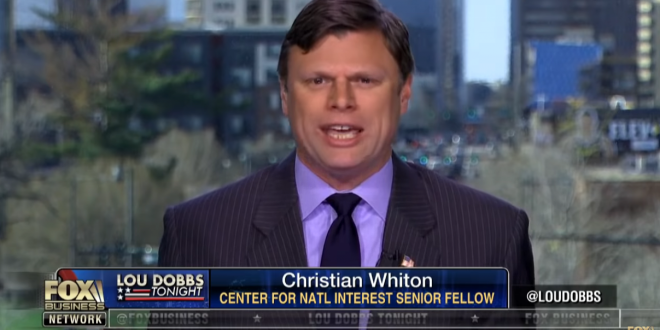 “We have people invading our country, and I would think that should be pretty — pretty high up, priority one, two, three, somewhere there — and they seem completely oblivious. We’ve seen this in Europe, we’re seeing it here, and they are attempting to replace us with citizens that they think — future citizens that they think would be more amenable to voting for them.

“You know, if you look actually, Latinos here legally, US citizens, they’re actually frankly very similar to native-born Americans in their view of, people ought to wait in line, there ought to be the rule of law, we cannot have open borders. So, i’m not sure this is going to work out the way Democrats expect, but that’s what they’re up to.” – Lou Dobbs guest and former Trump advisor Christian Whiton.

Whiton is now a senior fellow for the Center For The National Interest, which was founded by Richard Nixon shortly before his death as the Nixon Center for Peace and Freedom.