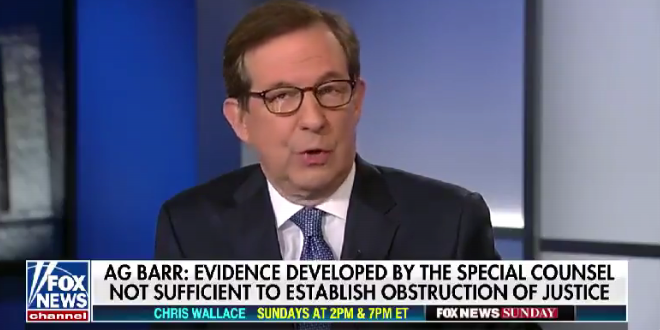 Fox Anchor Blasts Bill Barr: He Seemed To Be Acting As Trump’s Defense Lawyer Instead Of Attorney General

Fox News anchor Chris Wallace said Attorney General William Barr sounded like a counselor to the president during his press conference Thursday ahead of the release of special counsel Robert Mueller’s report.

“Really, as I say, making a case for the president,” he added. Barr offered a staunch defense of President Trump on Thursday morning during a press conference, where he previewed the report’s findings and explained why they led him to conclude that Trump had not obstructed justice.

This isn't complicated: There's really bad shit in this report, so Barr & Trump are doing whatever they can this morning to distract from the bad shit.

Don't fall for it. Take 24 hours and read the report.