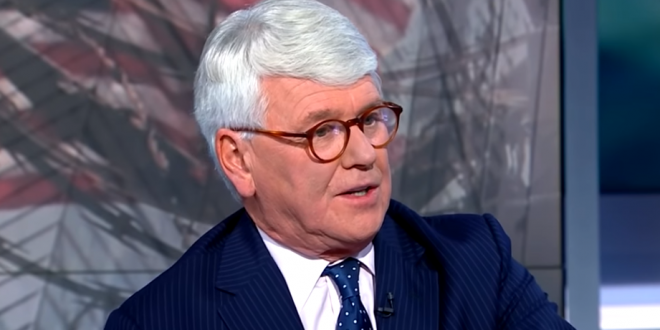 Gregory Craig, who was White House counsel under President Barack Obama, was indicted Thursday on charges of lying and hiding information related to his work for Ukraine.

Craig, a 74-year-old lawyer based in Washington, D.C., was charged by the Justice Department’s Foreign Agents Registration Act, or FARA, unit. Craig faces up to five years in prison for each of the two counts.

The charges reportedly stem from the federal investigation into Russian meddling in the 2016 presidential election led by special counsel Robert Mueller, which came to a formal end last month.

The charges center on work Craig performed in 2012 on behalf of a pro-Russian political faction in Ukraine, part of an illicit lobbying effort by Paul Manafort, the former chairman of President Donald Trump’s campaign.

Manafort was one of six top Trump associates charged in Mueller’s inquiry into Russian efforts to influence the 2016 election. He was sentenced to a combined prison term of just more than seven years last month following financial fraud convictions in Virginia and Washington, all related to his work in Ukraine.

Craig, 74, is accused of making false statements and concealing information from the Justice Department’s Foreign Agents Registration Unit regarding his work for the Ukranian government. People who lobby on behalf of foreign governments in the United States are required to register with the department.

Breaking News: A former Obama aide was indicted in a case tied to the Mueller investigation. Gregory Craig was charged with lying to the Justice Department. https://t.co/z1AzTX9604