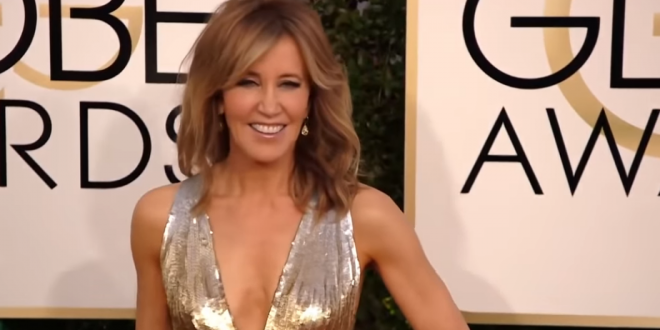 Actress Felicity Huffman and 13 other people have agreed to plead guilty to participating in what prosecutors call the largest college admissions scam uncovered in U.S. history, federal prosecutors said on Monday.

The 14 are among 50 people accused by federal prosecutors in Boston of engaging in schemes that involved cheating on college entrance exams and paying $25 million in bribes to secure their children admission at well-known universities.

Huffman was charged with one count of conspiracy to commit mail fraud. According to the criminal complaint, she paid $15,000 to admissions consultant William Singer in order to boost her older daughter’s SAT score.

According to the complaint, Huffman arranged to have her daughter take the SAT at the West Hollywood Test Center, which Singer controlled. Huffman was also able to obtain extra time for her daughter to take the test.

Singer admitted to hiring a proctor to correct answers on students’ exams. Huffman’s daughter got a 1420 on the test, a 400 point improvement on her PSAT result.

A related story from CBS News:

The university quietly announced that it had rescinded the student’s admission after it was determined that “some of the material in the student’s application is false.”

The student allegedly lied about her sailing credentials in her application. Though she was accepted through the standard process and not recruited as an athlete, her admission was followed by a $500,000 contribution to Stanford’s sailing program.

JUST IN: Statement from Felicity Huffman: “I am in full acceptance of my guilt…My daughter knew absolutely nothing about my actions, and in my misguided and profoundly wrong way, I have betrayed her.” https://t.co/HKQ9XinwiZ pic.twitter.com/90egA9cmGW