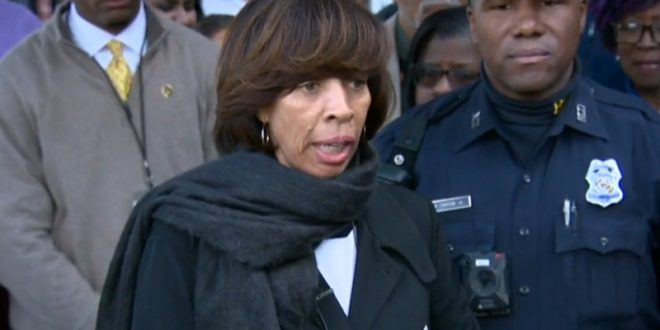 The FBI confirmed that agents from the FBI Baltimore Office and the IRS Criminal Division are executing court authorized search warrants. Agents also arrived at Maryland Center for Adult Training, one of Mayor Pugh’s businesses and the home of one of her aides.

Pugh is under fire for receiving half a million dollars from the University of Maryland Medical System for her “Healthy Holly” children’s book while serving on the system’s board. She also received money for her book from other entities that do business with the city.

Among the locations being raided by the FBI in Baltimore:
+ City Hall
+ Two homes owned by Mayor Catherine Pugh
+ The Maryland Center for Adult Training
+The office of Pugh’s attorney, Steven Silverman
+ Home of Pugh aide Gary Brown Jr. https://t.co/KpinYvK3cC