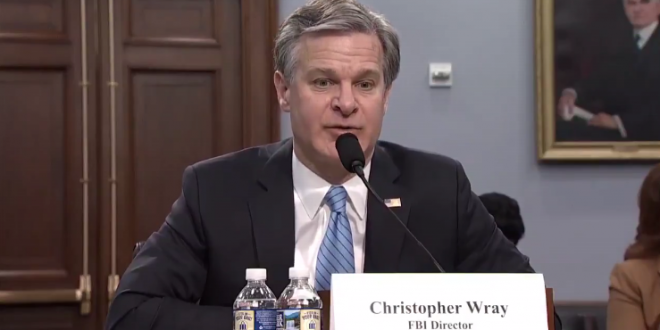 FBI Director Christopher Wray said Thursday that white supremacy presents a “persistent” and “pervasive” threat to the United States, breaking from President Donald Trump, who has sidestepped questions of whether white nationalists present a growing problem. “The danger. I think, of white supremacists, violent extremism or another kind of extremism is of course significant,” Wray said at a House hearing.

“We assess that it is a persistent, pervasive threat. We tackle it both through our joint terrorism task forces on the domestic terrorism side as well as through our civil rights program on the civil side through hate crime enforcement.” Wray also spoke out against hate crimes and was asked by Democrats what the FBI was doing to crack down on hate crimes, which they say have ticked up during Trump’s presidency.

Rep. Serrano: How would you describe the danger to public safety posed by white supremacy extremism?