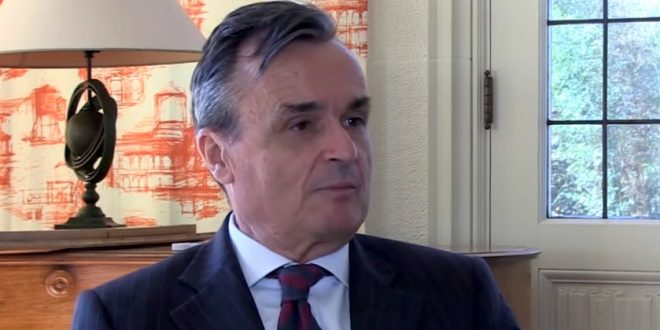 Suddenly you have this president who is an extrovert, really a big mouth, who reads basically nothing or nearly nothing, with the interagency process totally broken and decisions taken from the hip basically. And also, for an ambassador, you had a normal working administration with Obama. People in the executive branch offices were able to explain to you what the president was thinking or what the president was going to do. And suddenly it’s the opposite.

A lot of offices are still empty. It’s amazing—after 55 months, a lot of people are changing overnight. It’s the fourth G-7 [emissary] we’ve had in the White house in two years! So the first problem is we have nobody in the offices or if they are there, they’re going to leave. But on top of that, even if you have somebody in the offices, they don’t know what the president is going to say. And if the president has said something, they don’t know what he means.

Very often even the secretary of state is surprised by a presidential announcement. When there was the announcement on Dec. 19 about the U.S. withdrawal from Syria, nobody was aware of it, including the director of the CIA. And for the [decision to concede Israeli sovereignty over the] Golan Heights, what I understand was that the secretary of state was not informed. So it means the job of the ambassador has become much more complicated.

Araud is retiring as of today and is writing a memoir about his experiences under both Obama and Trump.