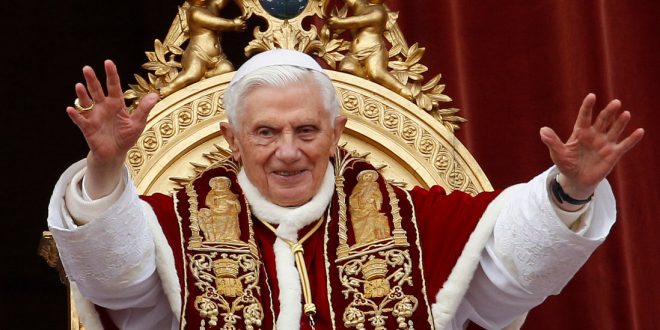 Former Pope Benedict XVI blamed the widespread clerical abuse on the sexual revolution of the 1960s and the “collapse” of theological and societal moral teachings — contradicting Pope Francis in his most extended statement since resigning more than six years ago.

“Why did pedophilia reach such proportions?” he writes. “Ultimately, the reason is the absence of God.” The remarks come in a 6,000-word essay written for Klerusblatt, a monthly magazine for clergy based in Benedict’s native Germany. Several Catholic outlets released their translations of the German text on Thursday.

Benedict opened the letter outlining the societal changes within the church beginning in the 1960s, which paved the way for an “all-out sexual freedom.” He pointed to the distribution of sexual explicit materials and how they began to permeate society — and promote violence.

An open letter from Emeritus Pope Benedict that blames the Catholic Church’s sexual abuse crisis on homosexuality and the sexual revolution of the 1960s is drawing deep criticism from Catholic theologians in the U.S. who call it divisive and “embarrassingly wrong.”

“Among the freedoms that the Revolution of 1968 sought to fight for was this all-out sexual freedom, one which no longer conceded any norms,” Benedict writes. “Pedophilia was then also diagnosed as allowed and appropriate.”

The impetus for the essay, titled “The Church and the Scandal of Sexual Abuse”, was a summit of senior bishops that Francis held in February to discuss the crisis, he said.

He said the spread of explicit sex education for young schoolchildren and nudity in advertising had contributed to a loosening of moral bearings.

Some theologians took to Twitter to criticise Benedict. “This is an embarrassing letter,” said Brian Flanagan, professor of theology at Marymount University in Virginia.

Previous Alabama: End To Marriage Licenses Near Final Approval
Next James Comey On AG’s “Spying” Claim: What The Heck?