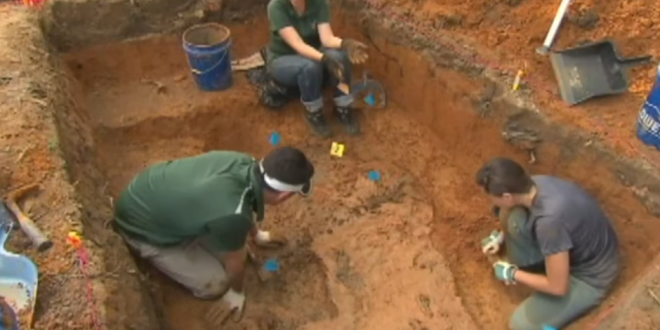 Workers who were preparing for a massive cleanup of a fuel storage site near one of the nation’s most notorious reform schools have discovered something far worse than ground pollution: evidence of 27 possible “clandestine” graves.

A company hired to evaluate underground storage tanks adjacent to the Dozier School for Boys in Marianna performed a series of ground-penetrating radar tests on a parcel a little less than 500 feet from what is called the Boot Hill Cemetery at Dozier, an infamous youth prison west of Tallahassee linked to more than a century of chilling abuse.

If the 27 anomalies are, in fact, human remains, the total number of known burials on the campus would rise to at least 82 — though University of South Florida researchers who have studied the campus extensively believe there may have been 100 or more deaths at Dozier since its opening in 1900.

BREAKING NEWS: Workers find 27 possible human GRAVES at notorious Florida reform school for boys where children were ‘locked in chains, beaten and sexually abused’ – taking potential number of burials at the site to more than EIGHTY.

As many as 27 more unmarked graves have been found near a fuel storage facility at the notorious Dozier School for Boys https://t.co/t0fkLCTIzk