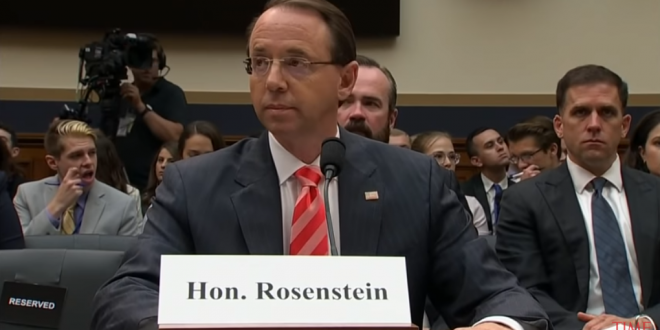 Rosenstein was expected to leave the Justice Department after seeing the Mueller investigation through to its conclusion. His successor Jeffrey Rosen has already been nominated by President Trump and is awaiting confirmation in the Senate.

After writing the letter that Trump used to fire then-FBI director James Comey, Rosenstein appointed the special counsel to investigate the Trump campaign for its ties to Russia — as well as possible obstruction of justice by Trump himself.

NOTE: Disqus commenting has been down for “maintenance” for the last hour or so on all sites.