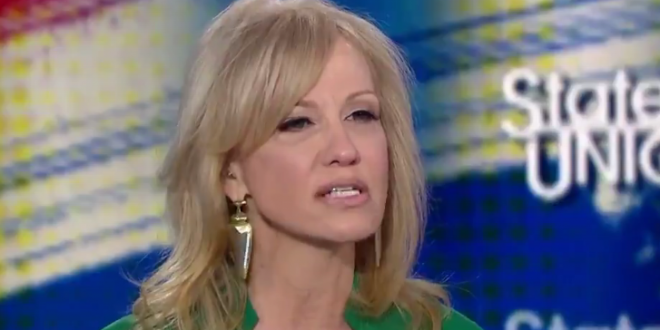 On Friday, Trump defended his remarks in the wake of Charlottesville, saying he “answered perfectly” when saying there were “very fine people on both sides.” “If you look at what I said, you will see that that question was answered perfectly,” Trump said. “And I was talking about people that went because they felt very strongly about the monument to Robert E. Lee, a great general.”

Pressed Sunday on whether Trump gave a perfect answer in his Friday comments, Conway said, “When President Trump condemned racism, bigotry, evil violence, and then took it many steps further and called out neo-Nazis, white supremacists, KKK … that is darn near perfection. All white supremacy, all neo-Nazis, all — all anti-Christianity, all anti-Semitism, all anti-Muslim activity should be condemned dead stop, full. That’s the perfect response.”

CNN’s @JakeTapper repeatedly asks WH counselor Kellyanne Conway if President Trump thinks white nationalism is a growing threat around the world, and if she thinks his response on Charlottesville was ‘perfect’ as he says it was.#CNNSotu https://t.co/E4lg1Zs4X4 pic.twitter.com/whPaAw8yUO