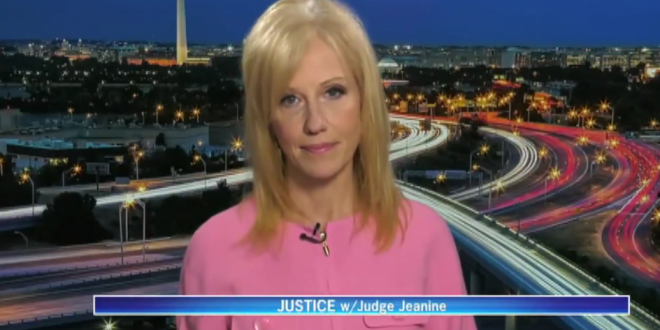 “I have never heard him one time say this is the end of my candidacy, this is the end of my presidency. I have never heard him utter those words and we have been in pretty impossible, tough situations together. That is not the way he speaks. He has weathered some pretty impossible situations that would have broken another man or another woman, perhaps. And all the while giving us the best economy that some of us have ever seen.” – Kellyanne Conway, on Jeanine Pirro’s show. The full quote from Mueller’s report: “Oh my God. This is terrible. This is the end of my Presidency. I’m fucked.”

My one-on-one interview with Counselor to the President Kellyanne Conway about the Democrats’ reaction to the Mueller report. pic.twitter.com/2O3rwvg2xX