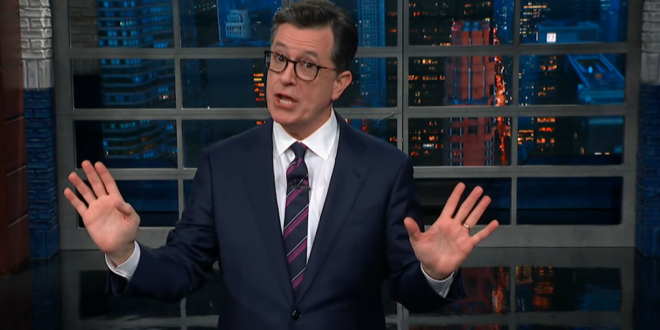 Late night host Stephen Colbert knocked President Trump on Thursday by noting that “innocent people don’t react” by saying “I’m f—ed” when they hear they’re under investigation. Trump said those words after Robert Mueller’s appointment to special counsel according to Mueller’s redacted report released by the Department of Justice on Thursday.

“That’s actually what I said at the beginning of your presidency and I’m guessing that’s not how an innocent person reacts,” Colbert quipped. “In other words, Trump probably thought he broke the law and now his past was coming for him, like in that movie, ‘I Know What I Did Last Summer.’ ”