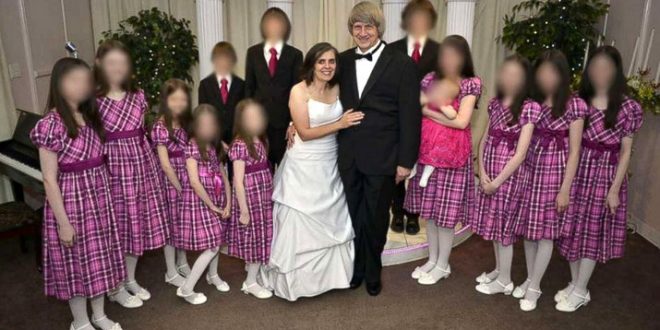 David and Louise Turpin, the California parents who beat, starved and held 12 of their children captive inside their home, were sentenced Friday to life in prison.

The husband and wife pleaded guilty in February to 14 counts each of torture, dependent adult abuse, child endangerment and false imprisonment. During their sentencing, both parents cried and wiped away tears as some of their children addressed the courtroom. The judge ruled the couple will be eligible for parole.

“My parents took my whole life from me, now I’m taking my life back,” one of the couple’s daughters said. “Life may have been bad, but it made me strong. I saw my dad change my mom, they almost changed me. I’m a fighter, I’m strong.”

“I’m sorry for everything I’ve done to hurt my children,” Louise Turpin said, adding she believes God has a special plan for each of them. “I love them more than they could ever imagine.” David Turpin broke down in tears as he tried to address the court.

His attorney read his statement, in which the father expressed hope for his children’s success and said he hopes they remain close because their mother and father will not be with them. “I thank God for all of my children,” David Turpin’s statement read, adding that he is sorry “if I’ve done anything to cause them harm.”