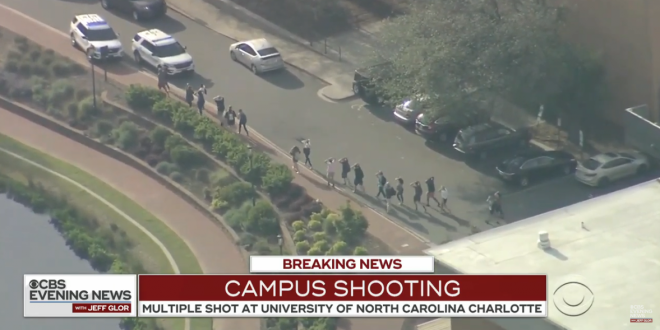 Two people have been killed and another four injured after a shooting on the campus of the University of North Carolina at Charlotte, officials told ABC News. Two of the injured victims were treated for life-threatening injuries. The suspect is in custody, authorities told ABC affiliate WSOC-TV. The suspected shooter is a UNCC male student, the station reported.

UNC Shooting:
– At least three people shot at University of North Carolina in Charlotte
– Suspected Shooter is in custody
– University is on lockdown
– Many students on campus during shooting due to a concert at the schoolpic.twitter.com/NEH3QuImmC