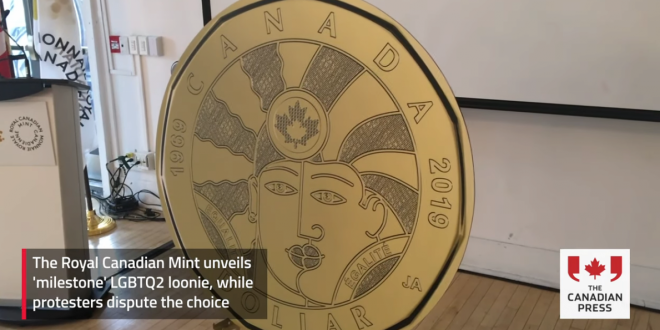 The Royal Canadian Mint has unveiled a commemorative loonie to mark what it called a key milestone for lesbian, gay, transgender, queer and two-spirited people, with the government saying the coin symbolized progress while highlighting the work that still needs to be done to advance equality.

Federal Finance Minister Bill Morneau was amongst a number of dignitaries who gathered in Toronto to unveil the new one-dollar coin that pays tribute to Parliament’s passing of legislation that “initiated the decriminalization of homosexuality in Canada” in 1969.

The coin, which is now in circulation, combines the words “Equality-Egalite” with the work of Vancouver-based artist Joe Average.

Online sales have begun by the Royal Canadian Mint.