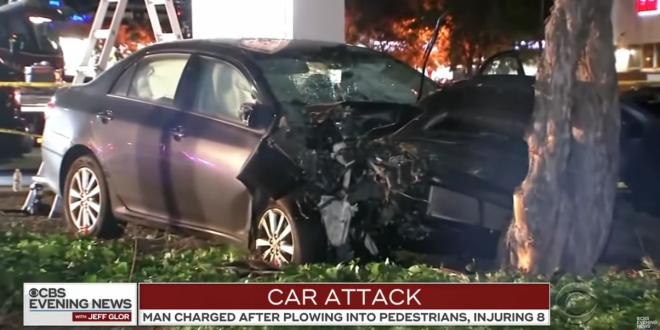 CALIFORNIA: Driver Who Mowed Down 8 Pedestrians Believed His Victims To Be Muslim, Police Say [VIDEO]

The driver who police say intentionally drove a car into pedestrians in California this week targeted his victims because he believed some of them were Muslim, police said Friday.

The Sunnyvale Department of Public Safety said in a statement that the suspect, Isaiah Joel Peoples, 34, “intentionally targeted the victims based on their race and his belief that they were of the Muslim Faith.”

None of the victims died in the Tuesday night crash. Peoples is charged with eight counts of attempted murder. The Department of Public Safety said that the apparent motive was based on new evidence in the case. Peoples was arrested at the scene, and officials said it appeared he was waiting for police to arrive.

Earlier today the Christian Post reported that the driver was on his way to bible study. That story has apparently been taken down.