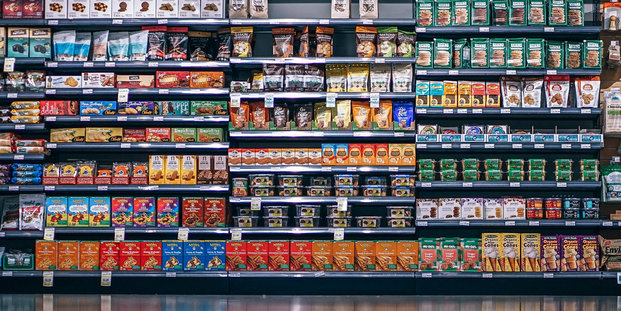 In the spare bedroom of Sarah Cuffe’s house are piles of food and toiletries. Natural disasters don’t hit the English county of Hertfordshire very often but it looks like she’s ready for one.

“Just in case the worst comes to the worst, we thought we’ve got a spare bedroom, so why not stockpile stuff like pasta, tinned tomatoes, things aren’t going to go off,” she told NBC News. “We’ve got loo roll [British slang for toilet paper], cleaning products, multivitamins and nuts for protein.”

But the mother of two isn’t getting ready for a hurricane. Instead, she is one of the many Britons stockpiling goods in case of the most chaotic and unpredictable Brexit outcome: The United Kingdom leaving the European Union without a negotiated withdrawal agreement.

Whitehall officials are monitoring the household food shopping of U.K. citizens in response to no-deal Brexit fears, to look out for signs of stockpiling or other behavior that might require government intervention in the food supply chain.

A consumer analysis firm has been hired by the Department for Environment, Food and Rural Affairs (Defra) to deliver “detailed household expenditure data for food and drink” on a weekly basis until early May, according to a contract posted to the government’s online archive.

Data has been collected since March 21 and the first tranche will be handed to civil servants on Defra’s “food chain analysis team” this week. The contract with London-based firm Kantar Worldpanel states that the information is required “as part of the wider evidence base supporting the analysis on no-deal impacts and emergency response.”

As the U.K. relies on just-in-time deliveries, fresh food and vegetables imported from the continent may be in short supply. The government has urged supermarkets and drugmakers to stockpile.

Melvin, though, is taking no chances. He has an outhouse packed with six months of supplies for his wife and eight-year-old son. He’s prioritised tinned food and batteries over toilet roll, explaining he’s bought a shower-head toilet attachment instead.

In Cardiff, Wales, Helena is mostly worried about her Jack Russell, Charlie, having enough to eat in a no-deal scenario. “I’ve got about three months of human food and a year’s worth of dog food on the basis that if there are supply problems then actually the government isn’t going to prioritize dog food at the ports,” said Helena, 27.

On communities like Mumsnet, a forum where parents discuss, debate, and offer advice on raising children, stockpiling is a hot topic. By reviewing more than 3,000 Mumsnet posts about Brexit stockpiling, Quartz was able to compile seven representative shopping lists—one for each of seven most-common Brexit prepper mentalities.

The same intricate, as-needed supply chain that brings food to the island also delivers medications. For those who depend on specialized treatments, there are worries about Brexit interrupting access to life-or-death medicines and supplies.

Some people are stockpiling generic health- and hygiene-related products, while others are acquiring a cache of medicine by asking doctors for vacation prescriptions.

On Wednesday night, BBC Newsnight revealed some life-saving drugs have proved impossible to stockpile – including those used to treat epilepsy – and that the doctors who had been given this information had been told to keep quiet.

Back in January the health secretary Matthew Hancock told parliament that the requisite medicine supplies had been stockpiled in the event of a no-deal Brexit.

Last night we learned that was not the case. Currently, a no deal would mean potential shortages of three important drugs for epilepsy, bipolar disorder and neuropathic pain. This would be life threatening for patients.

To get ready for Brexit, UK companies are hoarding at rates rarely seen outside of wartime.https://t.co/7zv3sArxRV pic.twitter.com/zpPhSmZMnf